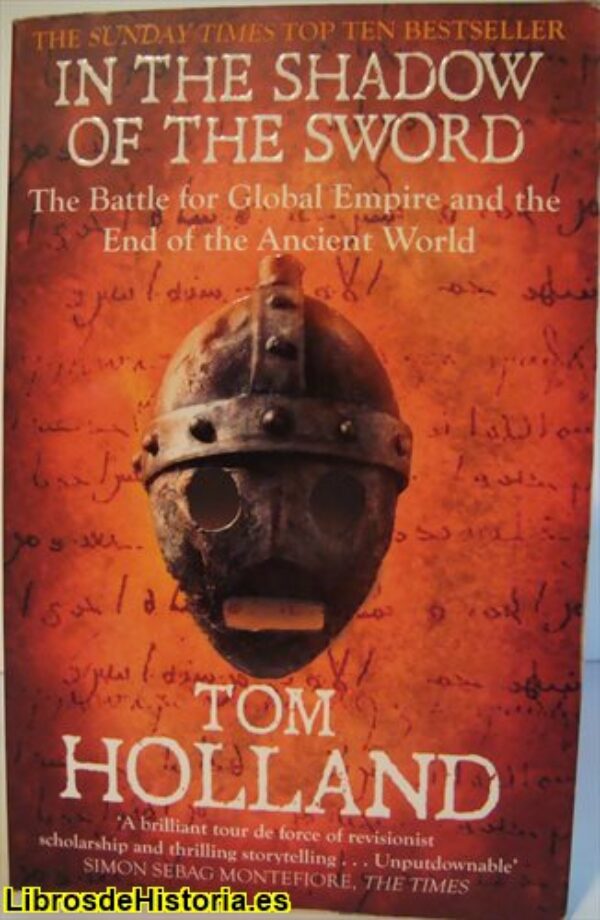 In the Shadow of the Sword. The Battle for Global Empire and the End of the Ancient World

In the Shadow of the Sword is a history book charting the origins of Islam. The author, Tom Holland, had previously written two works on ancient history: Rubicon: The Last Years of the Roman Republic, which charted the fall of the Roman Republic, and Persian Fire, which is an account of the Greco-Persian Wars during the 5th century BC. According to Holland, «To understand the origins of Islam, and why it evolved in the way that it did, we must explore the empires and religions of late antiquity».

In this book, following the research by scholars of Oriental studies such as John Wansbrough and Fred Donner, Holland suggests that Islam, rather than originating in the arid deserts of Arabia, was born further north, «in the borders of Syria-Palestine, a region that had long been devastated by plagues and wars — the usual precursors of apocalyptic scenarios and millennial hopes.»

While researching the book, Holland found that the oldest biography of Mohammed in our possession was written nearly two hundred years after he had died, and that scholars were unsure on how much early Islamic history could be considered accurate. «The challenge with adopting this [historical] approach», says the author, «by looking at Qur’an in its historical context – which in any other field of history would be wholly uncontroversial – is that Muslim accounts of its composition, all of them written long after the lifetime of Muhammad, and often in direct contradiction of the Qur’an itself, are the only accounts we possess.»

Sé el primero en valorar “In the Shadow of the Sword. The Battle for Global Empire and the End of the Ancient World” Cancelar la respuesta